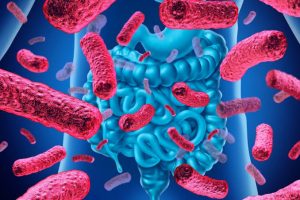 Are you are suffering from chronic gut symptoms or been labelled with “IBS”, or any other chronic health conditions and haven’t been able to find any answers, then read on.

Unfortunately, not available via your GP, as Medicare only offers the basic PCR stool test that screens for 8 pathogens.

This new DNA form of testing makes older styles of stool culture and microscopy look like the stone ages.

There are a few other DNA gut tests currently from the USA. Unfortunately, they miss the parasites and fungi that could be causing all of your gut symptoms.

The Nutripath Complete Microbiome Mapping test has an incredible scope of information. Using the DNA based testing it screens for:

How much does the Complete Microbiome Mapping from Nutripath cost?

360 dollars, up until recently the only available equivalent was from the US and came in at $700! So this new price tag is welcomed considering the incredibly vast array of information it offers.

General Microscopic Description shows markers that describe the composition of the stool. This is a common marker section on many stool tests. For anyone that has ordered a Complete Digestive Stool Analysis before this may look familiar.

The markers on Mucous and faecal blood occult can provide insight to possible inflammation, infection or even malignancy (cancer in the gastrointestinal tract) this then would follow on to further investigation.

This marker is incredibly helpful for determining the state of inflammation in the gastrointestinal tract. It is released from the neutrophil white blood cells. Elevated levels signify acute inflammation and are the lever to investigate further for conditions such as IBD (Inflammatory Bowel Disease).

This marker looks at the function of the pancreas. Along with the production of insulin and glucagon (which help to regulate blood sugar levels) this particular organ is responsible for many of the digestive enzymes that help to break down food into absorbable molecules.

This particular enzyme, secreted by the pancreas, can be measured in the stool when looking for pancreatic insufficiency. This marker is helpful in establishing how well the pancreas is functioning and correlates well with other digestive enzymes, produced by the pancreas, including amylase (to digest starch), lipase (for fat digestion) and finally trypsin (for protein digestion).

An incredibly important marker, secretory immunoglobulin A (sIgA) is a key part of the gut defence system. This particular antibody, secreted in the gut, is responsible for reducing the adherence of bacteria to the gut wall and minimising the passage of different antigens (undigested food, microbes, etc) from passing into the bloodstream.

Certain parasites, including Blastocystis hominis and Entamoeba histolytica, secrete certain enzymes that break the defensive secretory IgA down. This helps these bugs adhere to the gut wall and protects them from our immune systems attack.

Zonulin is a protein that has been shown to regulate the tight junctions which allow certain things across the membrane that separates the gut from the rest of the body .The more zonulin the more that is allowed to pass the gut wall.

Beta glucuronidase is an enzyme that is produced by certain gut bacteria. This particular enzyme has the ability to reverse the effects of the phase 2 detoxification pathway that happens in the liver known as glucuronidation.

Pathogen screening, including parasites and worms, bacteria and viruses and fungi and yeasts.

A vast list of symptoms can be caused by pathogenic infections and overgrowths.

Parasites including protozoans such as:

Worms including (helminths) that can be causing issues. The GI-MAP uses the DNA based testing (PCR) a very specific and highly sensitive test method.

The bacterial overgrowth section looks at what is happening in the bacterial world of the large intestine. Bacteria in high amounts are considered overgrowths and can become opportunistically pathogenic, releasing toxins, and causing systemic inflammation.

Fungal infection markers like Candida and other less well known ones like Geotrichum and Rhodotorula are other common opportunistic pathogens that cause an array of negative gastrointestinal symptoms, systemic inflammation and more.

Different bacterial infections such as Helicobacter pylori, Clostridium difficile and Shigella can secrete toxic by-products and cause negative gastrointestinal symptoms.

Elevated Epstein Barr antibodies are shown to be contributed to a whole range of autoimmune conditions including some common ones like multiple sclerosis, Hashimotos (autoimmune hypothyroid), SLE and rheumatoid arthritis.

This section only gives us a very small view of only a few beneficial bacterial species in the large intestine but still a very helpful insight.

Popular Bifidobacterium and Lactobacillus genus readouts as well as a very brief readout on the two dominant phyla in the gut Bacteroidetes and Firmicutes.

A superior test for beneficial bacteria status is followed on by Microba.

Along side the large intestine screen via the Microbiome mapping mapping the small intestine may also need investigating. Read more about about “SIBO” here. https://janmarie.com.au/2017/10/ibs-irritable-bowel-syndrome-sibo-conection/

If you are sufering with chronic gut symptoms “IBS”, an autoimmune disease, allergies, inflammatory conditions or another health concern the Complete Microbiome Mapping test is now available through myself and other leading Clinical Nutritionists and Naturopaths Australia wide.